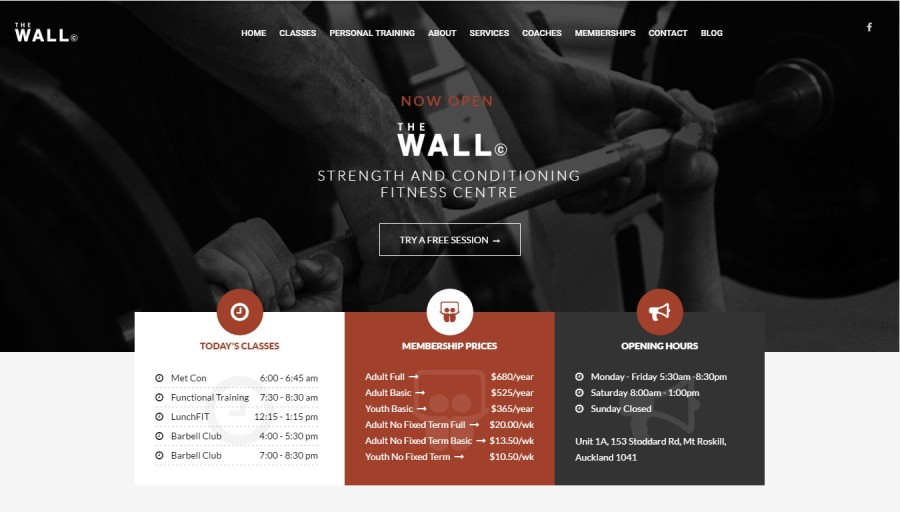 Noel started a strength and conditioning fitness centre, and asked me to set up the website for it. He had chosen the Maniva Fitness theme from Templaza, and needed content added and the theme customised to his branding.

Most of the process was straightforward, but a few elements required extra work. The “Today’s Classes” widget only allowed a single day’s classes to be entered, which was obviously not ideal. I used the Weekly Class Schedule plugin to add an interface for adding classes, instructors and times. Some of these custom post types clashed with those provided by the theme, so I had to unregister the latter for the plugin to work. I then made a copy of the “Today’s Classes” widget which pulled the data for the current days classes from the schedule.

Some other widgets needed minor changes, and rather than making a new copy of each I again employed the widget output filter method of Philip Newcomer which I used for Grey Lynn 2030. I also made some performance improvements by registering a new image size for the classes carousel, so that the full-sized image was not loaded, and deregistering Google Fonts which were included by the theme but not used in the final version of the site.