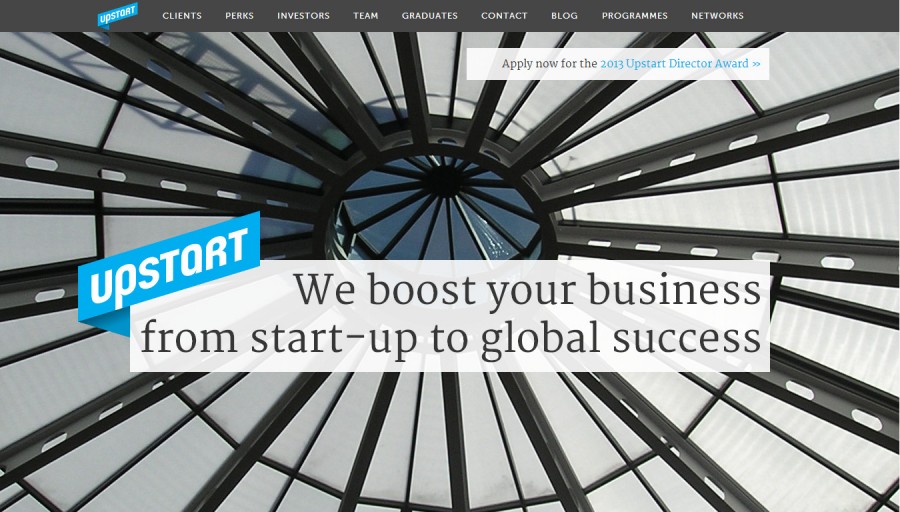 Upstart is a business incubator in Dunedin, New Zealand. They wanted to update their website from its previous purple and orange incarnation to something more modern, to tie in with their rebranding. After some back and forth we agreed on a scrolling layout based on whiteboard.is, which I then designed and built.

I used a responsive design for the site, so that the content adjusts to fit the screen size. For example the ‘Perks’ section displays as a table on large screens, but as the screen size gets smaller, each row of the table turns into a paragraph. (I coded this section as a <dl> rather than a <table> to be able to do this; this is still semantically meaningful.)

There were a couple of features Upstart wanted which were an obvious fit for WordPress Custom Post Types, however they were restricted by their web host to a version which didn’t support them. To get around this I implemented them as different categories of post with some custom metadata, then hooked functions into a bunch of actions and filters so that each of these categories wouldn’t show up in another, or amongst the regular posts.

Fun fact: the main image on the front page is a photo I took in my previous life as a physicist, of the roof of a building at CERN.